Catch up: Has Microsoft Teams presented an analytics gap? 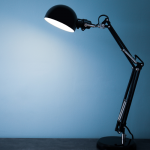 Catch up: Has Microsoft Teams presented an analytics gap?

On Thursday 23 September, we hosted the first webinar in our autumn #TigerTalks series.

The focus was on Microsoft Teams – specifically whether the Unified Communications and Collaboration (UC&C) platform has presented an analytics gap for organisations.

If you missed the session, below are some key takeaway points. You can also access the recording, here.

A look at the data landscape

To kickstart the debate, the session opened with a poll – ‘On a scale of 1-5, how ready do you feel for a hybrid working world?’ And the results were quite telling.

It’s no surprise that UC&C technology, such as Microsoft Teams, is receiving this amount of attention. After all, the firm’s active users have drastically increased over the last 18 months, rising from 20 million in November 2019 to 75 million in April 2020, and up to 250 million as of July 2021.

Marc B shared the point that Microsoft Teams has changed the way people think about data. Mark M backed this up and added that while the pandemic was a time when organisations were investing heavily in UC&C software – to keep operations running smoothly – now the focus is being shifted towards getting the most out of their investments. He also added about the need to try and unravel what the data means and how it can tell the story of what’s going on within the business.

Our CEO, Jon, rounded this up by explaining that with more hybrid working models in full swing than ever before – and with Microsoft opening up its APIs – this means there’s lots of insight now available at business leaders’ fingertips. It’s now about learning how to put such vast volumes of intelligence to good use.

Has the adoption of Microsoft Teams revolutionised businesses?

The unanimous vote across the board was that it hasn’t revolutionised organisations, but rather has opened up and influenced leadership minds in how workforces can communicate effectively and get their work done in a different way – alongside remaining productive.

Marc B explained how the consumerisation of IT has been happening for a long time, and that for businesses, change is the only constant.

The panellists then touched upon how the varying usage of Microsoft Teams has created a mass of data that’s being used by leaders to make better, more informed decisions, and to facilitate change. The speakers discussed how more companies than ever are using the platform for business processes – not solely video calls.

What are the challenges which arise when using Microsoft Teams?

There were many hurdles which our panellists brought to the fore in this part of the discussion, with the ‘democratisation of data’ proving to be a topic of interest.

Mark M highlighted how people have become used to working in their own environment, and how upon returning to the office, they’ve been trying to emulate this. He added that if you’re hosting a video in a big meeting room, for instance, how do you ensure that attendees only see what they’re supposed to? – i.e., making sure pop-ups and confidential messages aren’t broadcast to the entire meeting.

Data analytics for Microsoft Teams came up in conversation at this point too. Mark M continued with, because many enterprises have invested in the Microsoft ecosystem and the analytics function embedded within the various programs and platforms are tucked away in lots of different places, it can be difficult for firms to assemble and contextualise it – unless you have a solution, such as Tiger, to do this.

Jon explained that knowing what to do with data is key – when there’s so much of it, you have to pick out the areas that will add true business value. From a leadership perspective, it’s about being able to get the best out of your teams and keep them engaged – whether they’re in the office or working remotely.

This raised the point of firms facing an infrastructure challenge – with hybrid working, there’s no longer control over the end-to-end infrastructure. Jon admitted that this increases employee responsibility. They need to understand the importance of the meeting they’re attending and think about the device they’ll be using and the location they’ll be in when they join.

While being sat in Starbucks with your earphones in may be personally more convenient, he emphasised the importance of prioritising your role within an organisation and making sure you’re matching the needs of the business.

So, has Microsoft Teams presented an analytics gap?

Marc B was first up and confessed how he didn’t feel it had presented but rather highlighted one. Organisations are placing a greater emphasis on diversity and inclusion, and so the democratisation of data is vital in truly achieving this.

He explored how and why data is no longer the sole responsibility of the IT department – it’s critical to bring other departments into the conversation and for them to have access to the insight.

However, Mark M admitted his firm did identify an analytics gap and how their aggressive strategy to get as much as possible out of their Microsoft investment – including, but not limited to, the Microsoft Teams platform – has driven their use of data.

It emerged that lots of companies are no longer in control of how and where their staff are working, and this is where analytics can really help to inform decisions that streamline operations and create a more supportive working environment.

Our CEO added a different, but relevant, thread to the debate – around how analytics can not only contextualise data but put it into the hands of those who can act upon it and use in their daily decision making. This uncovered the theme of data being a springboard for employee empowerment.

Using data as an experiential metric

Data isn’t always a qualitative metric, it’s experiential too – was the key takeaway from this section of the debate.

To prevent the current analytics gap from widening, the speakers agreed that flexibility – from both employers and employees – will be key. The model will be moving away from a service-level agreement to an experience-led one instead.

Mark M underlined the importance of employers making the experience both in and out of the office as consistent as possible, and how this can’t be done without the data.

Marc B then stressed how that if businesses don’t adopt UC, the analytics gap will become commonplace. Jon agreed and added that for those who adopt more intelligent approaches to their operations, they’ll be able to make smarter decisions and be better equipped to thrive in the future.

A shift in mindset is needed

Rounding up the debate, there was a unanimous agreement that with data available at their fingertips, saying “I don’t know” more than once in the boardroom around the same issue is no longer acceptable. Jon outlined how Tiger’s role is to present employees with the data they need to back up their decision-making.

It also came to light that staff need to see data analytics not as an employee surveillance tool but as a gateway to becoming better problem solvers.

Delegate questions also touched upon this by asking the panel how they can ensure employees are on board with data analytics and don’t feel like it’s ‘Big Brother’ watching.

Marc B and Jon both iterated how this boils down to a cultural issue across the organisation. If you foster a positive, supportive environment where people don’t feel like they’re being micromanaged, the implementation of such tools shouldn’t be an issue. It can actually improve employee wellbeing if they feel their decisions are enabled and validated by savvy analytics technology.

Is the increasing licencing cost worth the investment?

Finally, talk turned to financials and whether the imminent hike in Microsoft’s pricing would negatively impact businesses.

Mark M summarised that his firm looks at it from a security and governance perspective. If you can see and explain the return on investment to the people with the purse strings – how it will improve client and employee service and experience – then it clearly shows that it’s worth the investment.

Overall, it was a fast-paced, insightful debate which hopefully got organisations thinking about the importance of data analytics within the modern workplace, and how, when made accessible to all disparate groups across the business, cultural, financial, and operational advantages can be reaped.

If you missed the session and want to watch the recording, you can stream it here. And if you have any questions, please get in touch with the team on hello@tiger.io.

Interested in delving into more data-driven topics? Here’s what we’re focused on for our autumn webinar series.