Can you justify your Microsoft Teams licensing spend? 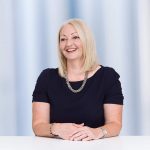 Can you justify your Microsoft Teams licensing spend?

Over 500,000 organisations use Microsoft Teams as their default messaging platform. Were you aware that many of these organisations are overspending on their licencing subscriptions? You might be one of them.

While tech adoption has undoubtedly accelerated throughout the last 18 months, what’s important now is for businesses to assess these investments and ensure they’re getting the maximum return on investment possible.

But how do you know if Microsoft Teams is being utilised to its potential? How can you find out which departments are benefitting most from the tech you’ve invested in?

In truth, it’s only when looking at the data that leaders can begin to understand the bigger picture and overall success of the investment.

Like many software products on the market, Microsoft Teams has a staggered licencing model, which starts at the most basic level and as it gets more expensive, the technical features, user volumes, and storage capacities increase in tandem. Once a licence has been chosen too, this is an annual commitment, so there’s certainly degree of pressure to get it right.

Many organisations will have opted for the E5 licence – which includes voice functionality – when procuring the software last year, and when it’s time to renew, how do they truly know if the costliest option is needed? And with Microsoft having also announced plans to increase pricing for most of its commercial Office 365 and Microsoft 365 subscriptions in March 2022, it’s never been a more important time for firms to start thinking about this.

In reality, subscription fees can quickly spiral if you’re unsure which licence your users need – again, this relies on having the insight to back up the decision.

For instance, being able to analyse team adoption alongside individual interactions, inbound call performance, engagement, and channel usage – including speech, video, or instant messaging – equips leaders with the intelligence to take a step back from predictions and assumptions, and look at the statistic-backed facts, upon which informed choices can be made.

Are you operating in the dark?

If an organisation has invested in 1,000 of the most expensive E5 Microsoft Teams licences and a decision must be made around whether to renew them all like for like or whether some of those licences can be downgraded to a cheaper one – such as E3 – if they’re not being used. And it’s only when managers drill down into the detail that they can answer this question successfully.

Simply asking colleagues or guessing who does and doesn’t use it to its full potential won’t get the results leaders need. Once someone has a full licence, it can be tricky to take this back and swap it for another one but having the data that unlocks which departments and individuals are using the full licence can help to strengthen the business case.

And in advance of negotiating the licence subscriptions leaders need for the 12 months ahead, it’s important to know what you’re using and why you’re using it. In turn, this will help firms to understand and identify any potential cost savings – where licences are unused – creating an effective and reliable usage and measurement model.

But it’s not solely about cutting the number of licences, it’s about justifying the retention of licences if they’re being underutilised. For instance, once staff get used to having access to a certain program or application, making a case for it to be removed can face resistance – even if the individuals in question don’t use it. Equally, this is the same if a business needs more licences.

Data is therefore crucial in helping leaders to understand user adoption and back up investment decisions.

Ultimately, the last year and a half has been a turbulent time and when it comes to investments, every penny counts in ensuring that ROI is met. As a result, having insight into Microsoft Teams usage can not only save businesses a considerable amount financially, but it can also help them to better understand how their workforce is operating and where its strengths and weaknesses lie.

In short, data can be a very powerful tool for companies, it’s simply a matter of finding the key to unlock its true potential.

When you implement Tiger Prism’s Microsoft Teams module, you’ll have access to user adoption and interaction overviews, complete data transparency, and insight into your device and licence needs.

If you’re working in the channel and your customers are facing these challenges, get in touch to discover how Tiger Prism’s reporting and analytics can help.